This year’s cooperative Erlangen-Duke Seminar took place on 20th and 21st of July at the „Villa an der Schwabach“ at Erlangen.

The seminar, chaired by Prof. Dr. Clemens Kauffmann, Prof. Georg Vanberg PhD (Duke University) and PD Dr. Hans-Jörg Sigwart, focused on Constitutional Political Economy (CPE) as „a research program that directs inquiry to the working properties of rules and institutions within which individuals interact, and the processes through which these rules and institutions are chosen or come into being“ (James M. Buchanan). A special emphasis was put on problems of constitutional design and the enforcement of constitutional rules.

The Erlangen-Duke Seminar was divided into six sessions. As an introduction, we focused on the foundations of public choice theory, which provides the general framework of CPE. In the second session, Prof. Georg Vanberg presented his research and perspective on major questions and problems in CPE. In the following sessions, we elaborated some of the historical references present in the public choice and CPE theory discourse and discussed the „critical alternatives“ of different variations of political economy and of discourse ethics. At the end of the seminar, we raised some general questions of democratic theory connected with CPE and considered some current political problems against this background. 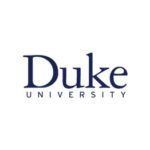